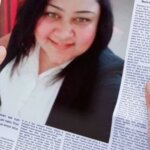 Reference from Times Of India.

NEW DELHI: The Centre on Monday informed the Supreme Court that it is not going to file a detailed affidavit on petitions seeking inquiry into alleged use of spyware Pegasus. The government had asked for time to decide on filing the affidavit twice. Appearing before the top court, Solicitor General (SG) Tushar Mehta said that whether a “particular software was used or not is not a matter for public domain”. He said the matter can be inquired into by a committee of independent domain experts and it can be filed before apex court.
“The Supreme Court has given a reasonable and fair opportunity to file detailed affidavit to know its stand on crucial issues linked to petitions. If the government does not, then the Supreme Court will hear parties and pass appropriate orders,” a bench of Chief Justice of India NV Ramana, Justices Surya Kant and Hima Kohli told SG Mehta