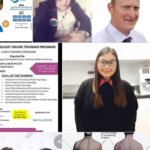 Experts said the digital transformation has been on the peak in India, but there has been a lack of education and awareness among people about technology and online scams. And since, India is registering very limited number of cases, scamsters are nor afraid of being arrested anytime soon.
In a room full of cyber experts and other officials, Union Home Minister Amit Shah on June 20 emphasised the fact that cybersecurity is integral to national security and the central government is committed to making it robust.
Shah said in 2012, a total of 3,377 cases of cybercrime were reported; it has gone up to 50,000 in 2020. According to the National Crime Records Bureau (NCRB) data released last year, a total of 50,035 cases were registered in 2020 under cybercrime — a rise of 11.8 percent over 2019 (44,735 cases).
Mukesh Choudhary, a cybercrime consultant to the Jaipur Police, said, “Fraudsters are changing their modus operandi very often so that the situation should look more realistic. It should not limit to asking for the OTP or card credentials.”

Prof Triveni Singh, SP, Cybercrime, Uttar Pradesh Police, said cyber criminals target all the facilities offered across the world. “They use social engineering tricks to scam people…They are on rise because we do everything on our mobile phones — from studying to buying essential items,” he said.
Lack of awareness

At a time when fraudsters are coming up with new ways to trick people into loosening their purse strings, the only key to protecting oneself is to be aware.

Benild Joseph, an author and security researcher, said, “It’s like you are putting a lock on your home and I (a fraudster) am not breaking it actually. I’m tampering your mind and making you do it. How secure is the lock doesn’t matter…the only way to counter it is awareness.”

Rakshit Tandon, a cyber security expert and cyber security consultant to the Internet and Mobile Association of India (IAMAI) said people need to be fully aware of the security features of the applications they use.

“Trusting any message and not understanding what is the direction of payment in UPIs – whether they are receiving payments or sending payments…(they don’t know) how a QR code works – needs to be addressed.” – Rakshit Tandon
[01/09, 2:12 pm] Forensic Expert,LAWYER: Open sale of data base

“Data privacy bill is not being implemented in India and data base is being sold on multiple platforms,” Mukesh Choudhary said.
Fewer FIRs lead to lesser conviction rate

Scammers don’t fear the system as India is registering a very limited number of cases. Home Minister Amit Shah also noted that the number of cybercrimes which were not reported could run in lakhs.
“Scamsters are not afraid since there are very few FIRs being registered. Most of the crimes are also bailable offences. Thus fewer arrests are made,” Mukesh Choudhary said.

Why are cases not being registered?

Tandon said majority of police officers are not tech-savvy. “To investigate (cybercrime cases), there’s some technical skill required. There’s a difference between traditional investigation and cyber investigation. Police were never trained for cyber and technical investigations.

However, things are changing and trainings specific to cyber investigations have now started, Tandon added.